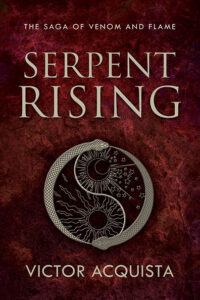 Serena Mendez is haunted and she is hunted…
… Haunted by trauma—terrified and scarred as a young child, when a secret initiation into an ancient order of Lightbringers went horribly wrong. Unaware of the power latent in her blood, she is haunted by a life out of sync with her true identity. At twenty-one, she is abrasive, jobless, in debt, and addicted to sedatives. Haunted by her past, she knows nothing of her destiny.
… Hunted by an enemy—ruthless and powerful, a Brotherhood that has been pitted against the Luminarian Sects for thousands of years. An ancient struggle continues—The War of the Two Serpents—a saga extending back to the dawn of civilization, to the time of the second breaking, when the elite sought dominion over the masses. Those serving truth and light opposed these dark forces. In return they were persecuted, burned as witches, suppressed and nearly defeated by the powers of darkness.
But the flame was not extinguished.
An old Navajo dream-walker had a plan to open the seven chakras mystically binding Serena’s power. To fulfill her true destiny, to unleash the latent power within her blood, Serena journeys to six continents where she uncovers the truth of who she is, and what she must do.
A warrior stirs, a Lightbringer. She is Serena Mendez. She is awakening. She is a Candelaria…
Serpent Rising is a story of unfulfilled destiny, discovery, transformation, and courage to embrace the truth. 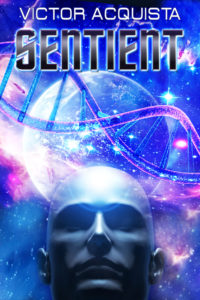 ATTEN ETTEN AYASTEN—“We are the Superior Mind”—rally cry for the telepathic Mind Warriors of T’rox, intent on being the supreme sentient race in the galaxy. In the distant past, our species narrowly escapes complete genocide by these warriors. We place our hope in a colony, but are forced to genetically block our own telepathic consciousness in order to evade detection. The loss of connected consciousness has devastating consequences.

T’rox is now a dying civilization, stagnant, and plagued by infighting. Their discovery of the Lost Colony, Earth, reinvigorates and unites their society under the banner of new conquest. The unique genomic profile of schizophrenia holds the key to unlocking the genetic block to unify humanity in shared consciousness, our only hope for survival. Unaware and unprepared, humanity’s fate lies in the hands of misfits and outcasts.

Sentient is a superb debut, a rollicking sci-fi saga that beautifully combines action and philosophy,visionary ideas, and prescient social critique. In creating an alien world with its own cosmology and rituals, Acquista sheds light on our own struggling little planet, and does so with humor and style. This is a work to be savored.

… the concept, as a whole, is absolutely exhilarating! I love the idea of telepathic beings in general…Your characters were so vibrant in their personalities in most cases even the secondary characters had such life to them!… The flow and feel of the story are immersive and I love being a part of it!

Science fiction has been described as a literature of ideas. If that’s the case then Sentient delivers! With its thought provoking plot and deeply developed characters, Acquista engages the reader to consider social issues in a refreshing sci fi way. It’s ultimately a story of survival, painful and harsh at times, but ending with hope and promise. Highly recommended!

FANTASTIC! Can’t say enough good things about this book. Dr. Acquista delivers a captivating story with such vivid description! A mind expanding exercise in consciousness and a riveting escape I wouldn’t hesitate to recommend to any avid reader. Looking forward to more insightful work from this talented new author!

…This was probably the most thought out and complexly written sci-fi story I have ever read, yet the writing was smooth and easy to follow.